Sorry, there is no "Crypto-Santa" 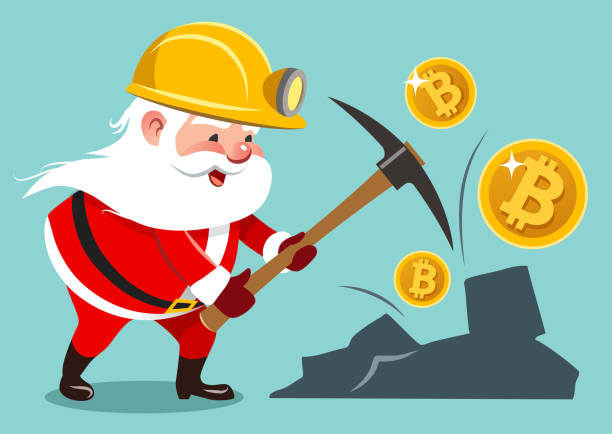 All I want for Christmas...

As Christmas approaches and the elves are mining. They are working day and night, night and day to create what will make people happy.

This year people hope they will open their eyes on Christmas morning and when they have verified that Santa has eaten his reward of a glass of sherry and a mince pie that they will find a stocking filled to the brim with crypto-currency.

They will discard the unshelled nuts and the tangerine and give thanks for the Bitcoins, Ethereums, Litecoins or other crypto-currency that has been launched in an initial coin offering over the past year.

Of course what they will be waking up to is a paper or computer representation of a virtual currency, money that, at least physically, has no substance and that it is claimed will consign gold and banknotes to history.

Perhaps, there is no reason to believe that digital currencies will not replace the hard stuff.

But on closer examination, there is good reason to reach the conclusion that there is no such thing as a "crypto-currency". The hyperbole about the soaring price of the supposedly virtual currencies overlooks that the real and physical impact of the currencies "mining".

The creation of so-called crypto-currencies is undertaken by "miners" who resolve mathematical problems and are rewarded in crypto-currency. The problems are set by the promoters of the currency.

So far so digital

So far so digital. But what has been overlooked until is the increasing consumption of real, physical resources required to solve the algorithms that have to be resolved to release new currency. Other than the human brainpower, the process also involves the highly-intensive use of computer capacity.

Using computers requires energy, Bitcoin alone is said use as much energy as the island of Ireland consumes in a year. That means coal, oil, wind, sun or wave energy being devoted to the creation of these coins that only exist in the form of binary numbers on computers.

But that is not the end of it. The mining of crypto-currencies has had a dramatic effect on the physical computer chip market. Because of the way they are constructed it turns out that graphics cards, as opposed to run of the mill processors in computers, lend themselves to processing the data that deciphers the mining algorithms that creates crypto-money. Graphics cards have the speed and versatility that make them ideal for crypto-currency problem solving.

While computer chips do not have moving parts, they have a shelf life. They are superseded by more efficient - better, faster, cheaper chips. The intensive application of these graphics cards to solve the problems required to create digital coinage means their processing capacity may degrade as a result of the heat generated by their intense use.

Cost is a significant issue as heavy power use and the need to upgrade can render mining of crypto-currencies uneconomical.

The physical materials required to replace these chips are dug out of the ground in real mines by sweaty people with heavy machinery wearing hard hats.